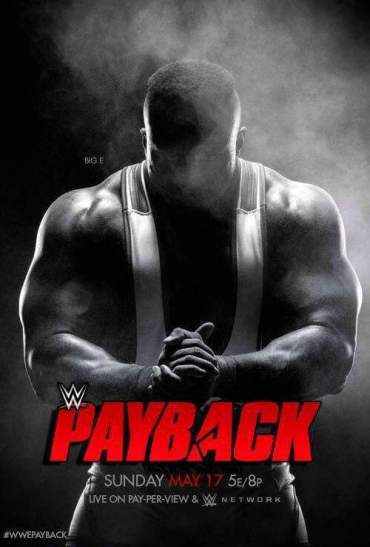 Cards on the table. This is being written purely in an act of procrastination as I’m in the middle of writing something else that I have nae ideas for, so here’s a preview for a PPV no-one cares about! Rejoice!

Pre Show – The Ascension vs Damien Sandow and Michael Mcgillicutty

I don’t even know if this is on the pre-show mate. Had a wee look at the card and decided if this match is on the main show, the main show is not a show I need to be watching. There are numerous things about The Ascension which personally bother me, but I’d say the thing that annoys me more than anything else is the fact that they exist. Someone will win. No one will care.

The New Day vs Cesaro and Kidd (Tag Title Match)

The best feud in WWE right now by a fuckin mile. If this match isn’t the best thing you see at WWE Payback then I will eat my hat. It’s a nice hat as well. Says “Top Gun” on it. I would quite like to keep my hat so if a situation arises where this match is trumped by one of the other matches on the card, I’m in a tight spot. How do you even apply enough moisture to a hat so it becomes edible in the first place? I’d rather not think about it tbh.

Why is this happening? Ryback we know ye got injured pal. We know it made you sad. We admire the fact that you’ve overcome adversity to continue urging audiences up and down the planet to feed you. It’s all great. Proud of you n that. The sad fact is, I’m the only living human who actually gives a fuck about any of that. No one else cares about your struggles or this feud, which makes no sense. See now that Harper and Rowan are back together, can we just get The Wyatt Family back together and forget that the past 8 months ever happened?

Thankfully they haven’t given this a stipulation to ignore, so it’ll just be a match we’ve seen a hunner times before over the years, only this time Sheamus has a mo-hawk and pleated beard! Expect Ziggler to sell the Irish Curse backbreaker by actually seeking treatment for a broken back. Expect Sheamus to win the match, cause he’s a super powerful villain, and super powerful villains cant lose twice in a row or they lose their super powerful villain status and also the world implodes.

King Barrett sounds like a classy brand of cigarettes, so that’s something. This match will be outstanding. Neville will do some spellbinding shit and the more realistic folk in the audience will groan after every impressive move he does, knowing full-well that his size will prevent him from being anything other than mid-card talent. Barrett’s probably gonnae win.

John Cena vs Rusev (I Quit Match for the US Title)

How did you enjoy the long photo of Rusev? I put it in to break up the writing because sometimes reading a lot of writing without a picture to break it up can be troubling for the human brain. This match will undoubtedly be 10x better than the Russian Chain match, and at least 100x better than any match involving Konnor from The Ascension. Have I ever mentioned that I hate him? Cause I truly dae. I have nightmares involving him, but it’s not of him doing anything nasty to me or anything, it’s just me and him in McDonalds, sitting with a happy meal each. But every time one of us finishes, another happy meal appears. So we sit there until the end of time, eating cauld happy meals and trying in vain to make conversation in between bouts of tears. Anyway…..back on topic. John Cena will win this match, even though Rusev was originally booked to win it, but Vince got upset with him for losing the finish in an airport and decided the living legend, and true last action hero, and the BADDEST MAN ON THE PLANET John Cena retains the gold.

Naomi and Tamina vs The Bella Twins

Nae belt on the line, so this is a Smackdown match on a PPV…for some reason. Where is Paige? Heel Naomi will shove Brie up Nikkis arse, but thats a DQ, so Bellas win.

A fatal four way match for the title where the champion’s main feud is a feud with an authority figure in his late 40s….WHO ISN’T EVEN IN THE MATCH. So now we have a fatal four way match where either the champion wins and continues to look like a genius who specialises in the field of avoiding getting doings, or someone else wins it and no one really cares because there was nae decent feud with the champion involved. Another main event people don’t really care about because there’s been too much focus put on getting the champion over as a chickenshit heel instead of getting him over as a chickenshit heel who can still batter folk. BRING BACK THE KERB STOMP YA FUCKIN TARTS. ITS ONLY DANGEROUS IF HE TELLS THE CUNT TO REST HIS TEETH ON THE KERB INT IT? SAKE.

Overall. I’d say Payback will definitely happen. Tonight. At 1am Uk time. Earlier than that if you live in America or Canada or Australia or Spain.