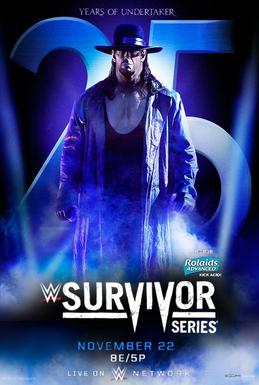 Cards on the table. The site is getting a lot of extra traffic right now so I’m writing this purely to cash in on that. I am not particularly excited for this event, and until right now all I know about the card is Charlotte vs Paige and The WWE Title Tournament. I had no idea that Undertaker and Kanes match is a straight up tag match and instead of putting Luke Harper in it, we have Braun Boreman. He’s actually a decent big guy, but come on. Luke Harper is the best wrestler in the whole stable. Why is he a valet for a match this big? He should be hitting aw the suicide dives and sitout powerbombs. I blame it all on Rowan so I dae. If he never came back, a 3 on 2 handicap match would have made sense, but 4 on 2 is too one sided. Anyway, we’ll talk more about that later. Maybe. There’s more things on the card. Important things.

Ok I just glanced at the card. That’s pretty much it. Eh……fuck.

This might be the match Ziggler needs to get people interested again, but I have no idea what they’re building it around because like pretty much every feud in WWE right now/for the past year, there’s no emotion in it. Its a feud pretty much based on the vengeance of Summer Rae and considering how talented Ziggler and Tyler Breeze are, it should be a lot more. It’ll probably sneak match of the night, because the Title Tournament is of course going to end in some sort of mismanaged chaos, that no doubt leads to Sheamus emerging with the belt. Somehow.

This will obviously be very good, but again the storyline is all over the shop. What are we upset with Paige about now? Leaving her team? That promo? Speaking ill of the dead? Its too many things. She can be a really good heel without bombarding us with badness. As for Charlotte, love her n that, but she’s been hefty boring as champ. Nikki Bella carried the belt with more conviction and to tell the truth, I prefer her as a wrestler right now. The match her and Charlotte had when she dropped the belt was dictated by her and that’s why it was really fuckin good. She deserves a lot more credit for the way she kept the Divas division alive before yon convoluted “Divas Revolution” started. I reckon Charlotte will retain, because there’s nae way Reigns is walking out with the belt, so the goodie has to win at least one title match.

The Brothers Of Destruction vs Bray Wyatt and Braun Strowman

All due respect to The Undertaker. 25 years is a lot of years and he’s been really good for a lot of them. I actually thought they done the early part of this feud really well, but my main problem with the match is WHERE IS LUKE HARPER. Harper is one of the only performers close to Taker’s size who has as much, if not more agility. Would it not have been just perfect to have them in there together at least once in an actual match. But naw, we’ve got this huge guy who cuddles people to death and we need to show people how huge he is. Nonsense. Taker and Kane have to win, but why its just a straight up tag match I don’t know. Unless Undertaker has a couple of cousins of destruction waiting in the wings to provide hauners if it does turn in to a 4 on 2 beating.

They’re definitely picking names out a hat for this eh? Widnae surprise me. Why else would you not announce who’s in it? I sincerely hope Bruce Hart is involved somehow. Hopefully tripping over his own shoelaces.

I like Del Rio a lot as a wrestler, but he’ll never stop being hella boring. A coupla charisma vacuums going one on one. Unless its on first, this will be the point of the evening where a lot of people from the UK fall asleep wrist-deep in a bag of Haribo starmix. Reigns will win of course.

This has to be excellent. We’re relying on it. Please tell a rich, borderline violent story. This could potentially have people giving a fuck about Ambrose for the first time in a long time. He went from loose cannon to Romans wee pal and he’s not had a properly interesting one on one feud for about 10 year. Maybe this is the one. Maybe this is his time. Maybe he wins this, and maybe he fucking does join The Authority, becoming one of the biggest heels the modern era has ever seen, or maybe he keeps doing the same old tired thing and loses the Final to Reigns fair and square. Who knows what the future holds, just be in absolutely no doubt that this show is happening and you should watch it. Only if you have no plans tomorrow, cause it starts heavy late over here. If you’re American, watch it no matter what you’re doing tomorrow. Unless its proper important. If you have an important business meeting that required a pre 6am rise, I’d suggest getting tucked in at 8-9pm. So watch the first half of it and tape the rest for tomorrow. You earned that rest.

Eh. Daniel Bryan somewhere? Fuck knows man. Maybe CM Punk. Maybe The Warlord comes back to quash rumours that he’s just what would happen if you blew Steve Austin up with a fitbaw pump. Who cares man. Just watch the show.