The overriding thing people talk about when discussing the problems with the current WWE product is a lot of emotional investment. As good as a lot of the performers are, it all feels the same. Every RAW feels choreographed. Even the most shocking moments feel like they’ve been meticulously planned months in advance. It’s all just forced. Roman Reigns is a great athlete and a better character than he’s given credit for. When they keep him away from the mic and leave him to destroy everything in his path, he’s a believable, passionate big guy, but people are almost put off because they KNOW he’s the guy they’re supposed to like. They know every move made to make him look good is designed to make you like him and to turn him into this mega-star they see him as and people don’t like that idea so take it out on Roman the character. That’s not even a problem for modern wrestling in general, that’s just human nature. People don’t particularly like being told what to do, and Daniel Bryan embodied that natural discontent towards authority better than anyone in the modern era of wrestling. Couple that with him being better than everyone at wrestling itself? We had something pretty special in Daniel Bryan, and the fact that as of last night, that special thing has been forced to not do one the things that made it so special is heartbreaking. We’re allowed to almost mourn the death of that side of Daniel Bryan, because he was so incredible at wrestling that it feels like we’ve lost everything to do with him, but you know what? We really haven’t.

When Daniel Bryan delivered his farewell speech at last night’s RAW, he done something quite special. The emotion of the whole segment was undeniable but if you look past that for a second and break down the speech itself, it wasn’t a speech at all. It was a conversation. Daniel Bryan had each and every person in that audience united as one voice and he spoke to them. Asked them questions, waited on their responses. Said things that made emotions pour out of them uncontrollably, and even threw in a majorly geeky sex joke followed by the cheesiest smile you’ll ever see. He had absolute command over that audience, and not because they pitied him, but because he is still just that good. Even if he’s not the most naturally gifted ‘talker’ he doesn’t have to be. People connect with it no matter what, because they connect with everything he is. He represents the guy they didn’t want you to like. The guy THEY didn’t want to like, but had no choice in the matter. That’s special in itself. A guy without the physical gifts WWE usually favour, and without a huge all consuming personality to mask that, STILL made it to the top. He made the weekly product unmissable while he pursued the titles he felt were rightfully his as well, and the only reason “The Authority” exists right now is because they were the chief antagonists to what he was trying to accomplish. They’d have been the villains by default even if they didn’t deliberately portray those characters and that’s what Daniel Bryan provided. The good guy who was so good, that ANYONE looked like a villain when paired with him.

It would be patronising if I claimed I was one of those people who followed his whole career, from the indies, to the wrestling road diaries, from the vegan transition and back on to meat transition, from the wee beard to the big beard and back to the wee beard again. While I’ve retrospectively watched a lot of his pre WWE stuff and been impressed, him being one of my all time favourites comes solely from his work with WWE. He made me care about a product I had watched indifferently for years. At times being an adult and watching weekly WWE programming can be a mind numbing thing. Repeat matches on RAW and Smackdown making all the wrestling feel the same. Repeat storylines rendering The Big Show more of a giant split personality disorder in a singlet, than a pro wrestler. Daniel Bryan made it matter again. He made Wrestlemania 30 feel like one of those iconic nights in wrestling history and the fact that injury has made that moment the pinnacle of his career as opposed to it being the start of something truly amazing will forever be tinged with sadness. Criticise WWE for holding guys down all you like. To a degree a lot of it is true, but when its completely undeniable that a guy is more “over” than everyone else and has the in-ring ability to match? They will always go with that guy, and putting the title on him on the same night he beat Triple H clean was proof that they were all in. Daniel Bryan was the guy and if he stayed healthy he would STILL be that guy. Probably right in the middle of one of the best feuds in WWE history with Seth Rollins, who quietly became the perfect opponent for Daniel Bryan before his own injury saw his dreams put on hold. 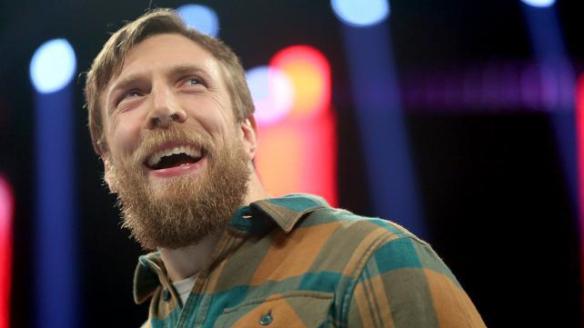 The one thing Daniel Bryan and Seth Rollins have in common above all other things is that they have both broken their bodies for your entertainment. A lot of the damage done to their bodies happened before they have the platform with the WWE that they have now, which is a testament to just how dedicated they are and have always been. Seth Rollins will certainly be back and I have no doubt there’s another 5-10-15-20-30 years for him left at the top if he wants them but Daniel Bryan’s situation and Seth’s own current injury should act as a cautionary tale. Maybe the buckle bombs and all the suicide dives should be saved for the big occasions. Maybe it’s ok to ask to sit out of a few house shows now and then because your body just wont let you be the wrestler you want to be. It ok to prioritise yourself to maximise this career, because once its over, its fucking done. This is not a Terry Funk retirement, this is very real. Right now if Daniel Bryan wrestles again, there’s a chance it could lead to him never being able to walk again so as heartbreaking as it was, this is how it has to be. It doesn’t have to be this way for everyone.

It’s ok to be sad today, but that farewell speech should tell you everything you need to know about Daniel Bryan and his connection with the fans. It was never a fad. It didn’t just happen because people naturally back the underdog, it happened because Daniel Bryan is just that good. Even though we will never get to see him wrestle again, his legacy goes far beyond that and if the right role presents itself, he could easily be a guy who makes WWE programming unmissable again as a non-wrestling character. You would imagine being so close to it all would be too much for him to bear as every fibre of his being still wants to be a professional wrestler, and even if that is the case, he’ll still probably captivate us when he goes off to have a family and disappears into the woods for the rest of his days, because he was put on this earth to do just that. Thank you Daniel Bryan. For everything you gave us, but above all else, thank you for making me care again.