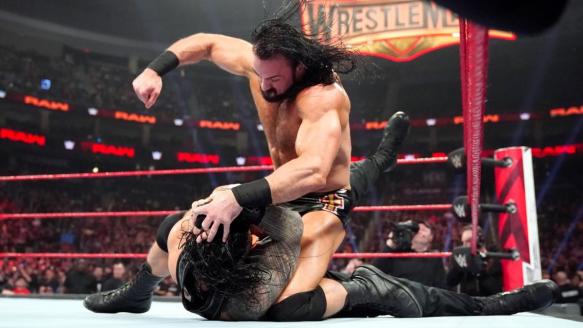 END_OF_DOCUMENT_TOKEN_TO_BE_REPLACED

Davey Mcgarvie was your average guy in his mid 20s. Average for a guy from Possil anyway. He was missing at least three teeth, sporting a fringe that started at the back of his neck and had a seemingly endless line of spotless pairs of trainers; sporting a different pair every day as he went about his business. One morning he decided it was time for a pair of absolute nailers to make their debut. The new Air Max 3000s where a button a the side summons a tiny windae cleaner to give the gutties a right good once over at the end of each day. No chance for the dirt and grime of the day to get bedded in to these bad boys. Who would Davey be to question the fact that a borrower sized windae cleaner seems to live inside these shoes? It seemed unfair. He looked and acted like every other windae cleaner Davey had ever met but more….enslaved…more…..burdened? more…..trapped inside a wee guys gutties….for all eternity.

.
After a hard day of slackening jaws and pumping maws, Davey was ready to return to his home, or “the gaff of gless cheques n snapped necks” as he affectionately called it. He’d never actually dished out a doing in the house but he felt his reputation at this stage went before him. Picking a bit of month auld oose out his belly button, Davey boiled the kettle and kicked off the gutties that had been turning the heads and buggies of single maws the whole day. Stopping screaming at their weans for just long enough to work up a full on lady stauner. Erect fannies for miles. It has all in all been a good day, even though wee Kelvin Maguire had once again evaded Daveys attempts to get that tenner he owed him from a card game several months earlier. A tenner was fuck all to Davey Mcgarvie like, but its the principle of the matter eh. Don’t play the game if you can’t see the wood for the trees wee man. Don’t play a game of high stakes snap with the only cunt in Possil who disnae mainline high-grade skunk into their lungstream on a daily basis because you can bet Davey Mcgrarvie has the best reflexes in the land. Kelvin could rest easy tonight however, because Davey was gubbed. He made an unprecedented decision and opted to fire on the exact same gutties the next day. Leaving them under the wee table in the hall where Davey kept his phone, wallet, keys, and an 8 pack of Johnnys that went out of date in 2016 that he kept in the house “cause they dont go oota date, and ye never know dae ye?” . Davey sung himself to sleep as he always done by reciting Blu Cantrells bits of her hit song “Breathe” stopping during Sean Pauls bits to ask his wee dug Freckle “whit the fucks this cunt sayin? lit ever?” eventually he nodded off, excited for the Wednesday he had ahead of him.

.
“Whit the FUCK!” Davey had only been awake 3 and a half minutes. Barely had a chance to waistband the morning wood before he made the discovery. Not only were the gutties that had single maw fannies a flutterin gone, they had been replaced by………a pair of tiny wee dolly shoes? Fair fucks…steal them if ye so wish. They are beautiful and its a crime Davey could at least fathom, but was this a game to this person? Gutties aren’t a game pal. Gutties aren’t to be played with. Gutties are life. As much as this shock had rocked Davey on to his heels, he had an appointment with one of they wee pools of fulla wish that eat yer deid skin, and was he fuck missing it because the perfect gutties weren’t available. He’d have to opt for the next best thing. The Sketchers with literal engines on them. The fastest way he could get from A to B on foot, but the most dangerous way by far. He closed the door on his 43rd floor flat and made his way down the stair, dropping 3 jean sizes in the process, before letting a few buckets of that sweet Possil air fill his nostrils. Lets get in about it.

,
Stevie The Enchanted Windae Cleaner
Stevie thought the wee cunt would never leave. Part of a clan of windae cleaners who accepted eternal life in exchange for being shrunk to a 50th of their normal size and existing purely as a tool to keep trainers clean, he was wary of the path he’d chosen but figured “why no?” He had no family, no reason to be reticent to give up on the life he was living, so why no live forever? He assumed once his assigned pair of gutties he would be out at least once a day for a clean and once the gutties were discarded for good? The rest of his life would be his to do whatever he pleases with. Living inside a shoe wasn’t the worst thing in the world, especially if the shoe goes unworn for a while. The hard part was sinking in to the sole while the shoes was actually on a foot, but the rest of the time? They gutties were like 5 star hotels. Stevie had even fashioned a makeshift toilet with a functional plumbing system since it had been 2 months since his assigned gutties left Footlocker. A lot of time to think when yer tiny and it takes ye a full day of walking just to get from shoe to kitchen. More months passed. Years of what felt like every other shoe in this gutty museum getting a wear, except Stevies shoes. Bitterness set in. In a cupboard for 2 full years doing fuck all but working out how to fashion a fully functional tiny bathroom out of shards of glass from broken Irn Bru bottle.

.
Bitterness does terrible things to men, even wee tiny windae cleaner men with eternal life. Eternal life means the odds are you’ll do absolutely everything at least once, so Stevie had no qualms with fucking with this wee guy, and when you’ve got nothing but time, its easy to plot. Freckle was the key. When this fudnugget goes out to do whatever the fuck he does with his days, Stevie worked out a way to get Davey’s wee dug to come in to the cupboard. Making sure the dug wasn’t tempted to much him in one gulp by taping chips round his tiny body. Knowing Freckle could not stomach the starchy treats. After a few days of getting nowhere, Stevie hatched a plan. For the first time ever, Davey having a niece was a positive. She was about as much of a wee cow an 8 year old could possibly be and regularly scudded Stevie’s assigned gutties off the wall in Davey’s bedroom because she knew a wee guy lived in there and wanted to, and I quote, “let him know how it feels to be on a rollercoaster”. Hen I was full sized before and I happen to be a rollercoaster enthusiast so how the FUCK you showing me anything bar the quickest way for a nano person to get nausea. She was a cow, but she had left one of her wee shoes on her last visit and that was the key. Freckle was introduced to the shoe, and months of training led to him being able to fetch shoes just like it. With the promise of a wee bit of square sausage ripped from the whole square sausage that was for no apparent reason chucked in there several months earlier. Apparently dugs aren’t really fussed if their sausage has started to go a wee bit green just as long as its…well…sausage.

Twelve days. Twelve fuckin days Davey had woke up to the trainers he’s laid out for the following day’s shenanigans has been replaced by a toaty wee pair of dolly shoes. His relationship with the owner of his spare key ruined in the process so convinced Davey was that they had to be the perpetrator. You can build up an understanding with the person who owns your spare key. A relationship. A love even. But this level of commitment to a practical joke was always going to be a deal breaker, even if that person if yer maw. Even after he’d took her spare key privileges away it was still happening. Even that night he tanned 6 cans of the big fuckin 500ml basins of Red Bull they punt and tried to stay up all night to see what the fuck was going on, that one millisecond he looked in a direction that wasn’t where his shoes were at, the deed had been done. Hidden cameras somehow just went dead for the 15-20 seconds it took to make the switch. Freckle was trained up from the brain up and it was all going to plan. The eventual plan was that Davey….a prideful man at the best of times, would keep this turmoil to himself. Try and suss out why this was happening and work it out on his own. That pride would lead to one of two outcomes becoming reality. One….Davey would eventually patch this nonsense, stop leaving the gutties at the front door so the perpetrator would have no possible idea as to what his preferred shoe of the day would be. Or option two…keep doing the same shit until he ran out of shoes. Today was that day. Turns out the vast and impressive guttie collection he considered himself to be the owner of had the sub total of 12 pairs of gutties in it its repertoire and well…..yer man Davey Mcgarvie had a decision to make. Miss out on the days hustle, with earnings lost anything between 20 quid and 4 grand…..or…..he could go about his daily business in a pair of children’s size 3 dolly shoes. Only one decision to be made in that situation when you’re living the life of a true hustler. Stick on the dollies and hit the streets tippy toe style

.
Stevie was dumbfounded. The long con hadn’t worked at all. He wanted Davey to see that he needed to appreciate his belongings more. Especially when toaty windae cleaners lived in them. But he hadn’t learned his lesson at all and had in fact used the whole thing as a character building exercise. Using the embarrassment going out for the day in dolly shoes caused him to reflect on how he’d made others feel in the past. Stunned, Stevie popped open the sole of the shoe that now sat atop a pile of 12 and slowly slide himself out, doing a tiny wee rollie poly down show mountain before strolling out Daveys open bathroom window after a mere 9 days of walking (why does naecunt ever account for how long it would take tiny people to get about in films n that? like if yer 1000th of the size of a normal person its gonnae take ye heavy ages to get anywhere) lowering himself down pavement level, before a stray cat landed on him while it was trying to pull a half eaten tin of tuna out the bins round the back, flattening him completely. Eternal life means you never die, but it doesn’t mean you are instantly unflattened if a flattening has happened so that was him forever. 3 inches tall and flatter than the audience at a post 2017 Louis CK gig. Davey Dolly Shoes became the leader of a new breed of Glasgow gangster that promotes equality and dainty wee shoes for everyone, and Stevie? well Stevie’s proof that even if you sell your soul for eternal life, being a bitter wee schemin cunt will always get ye flattened in the end.