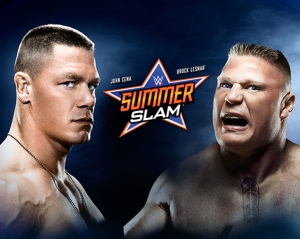 END_OF_DOCUMENT_TOKEN_TO_BE_REPLACED

Money In The Bank eh. A wrestling show. Don’t mistake this for a review btw, I’ll do that properly at some point. This is more of an initial reaction thing, although it will contain SPOILERS and many of them, in case ye were daft enough to not get that fae the title. I think ye got it though. Ye seem like a smart guy. That’s what I’ve always liked about you pal. That intuition. That’ll serve ye well in later life. Well, that and the delicious rump ye happen tae be sporting, but this isnae about you and yer terrific tail, it’s about the Money In The Bank PPV.

END_OF_DOCUMENT_TOKEN_TO_BE_REPLACED

Aye I’m cheating a bit, so whit. Wanna fight abahd it? I cannae be arsed writing a MITB preview AND something else for the Daily Thing, so I figured we’d kill 2 birds wae the one stane and combine the two. I’ve still no reviewed RAW yet either. Fuckin disgrace man. In my defence….I don’t really have a defence, so I’ll shut the fuck up and write this MITB Preview.

END_OF_DOCUMENT_TOKEN_TO_BE_REPLACED

MS (Editor, all round chief/good cunt) – This focusses more on a wrestling related subject and not hating me, so my bits in italics will not occur often, unless he tries tae make oot like I wasn’t at this show with him. Oh he done that in the very first sentence? Sound. His career is OVER.

Recently, I attended the Glasgow leg of WWE’s Wrestlemania Revenge tour. It was always my intention to pen a review and have it featured on Snapmare Necks, until Martin and I had a misunderstanding and I was unceremoniously dismissed from the blog. Truth be told, I wasn’t going to divulge this information, but I haven’t been on the roster of writers for the blog in a long time. Any blog post I’ve written I have had to purchase the bandwidth from Martin and pay for my words to be featured. So I will be using my spot today to include a short review of my experiences at WWE’s live event.

END_OF_DOCUMENT_TOKEN_TO_BE_REPLACED 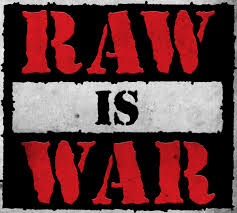 Made a right song and dance about last weeks RAW Review eh? Kinda hard tae live uptae that in some ways. Namely me no really giving that much of a fuck about it this week. I started with that mindset anyway, and then the show only went and gave me numerous stauners, and sare heids wae the sheer activity of it.

END_OF_DOCUMENT_TOKEN_TO_BE_REPLACED 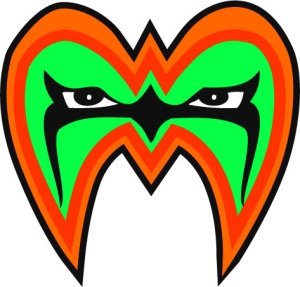 I don’t think the news about Warrior really hit me until RAW kicked off this week. I know that’s daft, but I think it kinda went by in a haze for me personally. He’s no been a lasting favourite of mine. I remember being daft on him when I was wee, but as things started tae emerge about how he wis as a person, I found myself soured towards him. Ye’d like tae think a lot of that anger and resentment built up from his acrimonious relationship wae a business he once loved, but it still disnae excuse some of his more radical comments as a public speaker. That being said, its unquestionable that The Ultimate Warrior was a huge influence on professional wrestling, and pop culture in general. I know this’ll sound daft, but the reason I know that for certain is the simple fact that my maw remembers him. She remembers 3 wrestlers from back in the days when I used tae sit in the living room, watchin Summerslam 90 every other day, and the three are Hulk Hogan, The Undertaker and THEEEE ULTIMATE WARRRRRIOR. That says a lot tae me. A wee wuman wae nae interest in pro wrestling whatsoever. Sees it as a joke. But Warrior stuck in her mind. I don’t think ye could fail tae notice the boundless energy and enthusiasm he injected intae his work, and whilst he wis never a very good wrestler, he was involved in some of my favourite matches of the early 90s. Obviously that stoater wae Hogan where he won the WWE Title, but my personal favourite is the Steel Cage match wae Rick Rude at Summerslam 90. A beauty of a match, underrated as fuck. Anyway, I went away on a tangent there, but the point is. Warrior is clearly an inconic figure in wrestling history, and to see him pass away days after he finally made his peace with WWE after being inducted into the HoF…its saddening. More importantly he leaves two young daughters and a wife behind, so no matter what you thought of him as a person and a wrestler, that’s the main thing ye need tae remember. His family need tae adjust tae a life without him in it. The roster gathered on the stage tae watch a beautiful video package detailing his life and career, including the part of his HoF speech which seen him bring his two young daughters on stage and tell them that being their da will always be his greatest achievement. 3 days later he was deid. Fuckin…..there’s nae words. Wee Nattie and Cody Rhodes bawlin their hearts oot on stage anaw. R.I.P Ultimate Warrior.